Facts to disprove the evolution theory 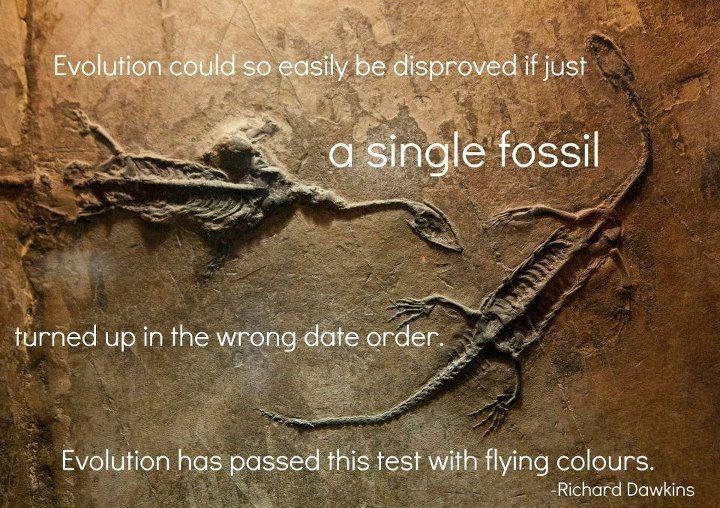 We all know about Charles Darwin’s evolution theory on how the creatures on the earth had evolved from a single-celled organism. Basically what Darwin is trying to say is that it is not God who created the Earth but life arose from non-life and later developed into complex life forms. In other words, you were first a tiny cell then became an amoeba and then a small lizard, and then a monkey and now you are a human. Sounds funny! But Darwin made sure to provide various proofs which convinced many people but there were certain things which he could never explain, and this is where the picture of the existence of God comes. The following are some of the things which disprove evolution theory:

Fossils:
Fossils prove that many transitions between creatures are not related, and many evolutionists say that those creatures have a common ancestry. Fossils constantly disprove the theory of evolution and Darwin himself couldn’t provide many answers for many paleontological enigmas.

Evolution cannot provide evidence:
Most of the evolutionists make assumptions, and they do not have much evidence to support the statements they make. If they say that animals are constantly evolving, there must have been a better version of cat or a dog or any animal. We don’t find any changes, and there is no evidence for the gradual change, and we can even see it in the fossils. Most of the evolutionist assume certain things would have happened and generalised things, but they do not provide justifying evidence. Darwin’s book is filled with clauses such as could, possibly, perhaps and it is just a theory that he came up with and it is impossible to test this theory as it would take a million years. Symbiotic relationship:
All forms of life on the earth have a symbiotic relationship where one has to depend on the other for various things. For example, bees depend on plants for nectar and plants need bees for pollination. Both depend on each other for its survival. The thing we need to question about here is how did plants exist without bees and how did the bees exist without the plants. The answer is quite simple for this question; there was a creator who created both of them at the same time.

Complex engineering:
Living things can perform multiple functions and evolution has never been able to explain why living things are able to do complex things at the same time. Something which can perform complex tasks at the same time cannot possibly arise from a random evolution process. Our human body has so many functions, and our DNA is very complex, and there is no way that we just evolved from a single-celled organism.